There are so many things that Budapest is worth visiting for but shopping is NOT one of them.

Well, the value added tax (VAT) in Hungary is the highest within the European Union. It is 27 percent with just a few exceptions, like dairy products, pork, flour, cereals, bakery items, medicines and books.

Before discouraging you to do any shopping in Budapest, I have some suggestions for some unique shops, stores and places where you can browse for local or special products.

Fruits and vegetables in the markets are usually superior to what is sold in the supermarkets and at groceries.

I suggest you to visit the Great Central Market on the Pest side of Szabadság-híd (Liberty Bridge) or look in to Belvárosi Piac Market (13, Hold utca). You can enter it from Vadász utca as well. Belvárosi Piac is not a huge market but it’s location is favorable as it is close to the Parliament building. You could pop in on your way there. 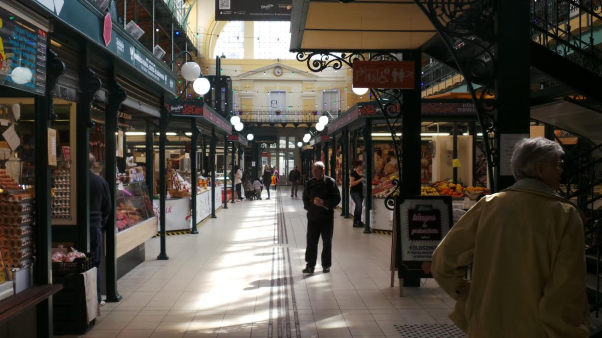 If you are looking for a huge shopping mall full with different stores (clothes, shoes, books, electronics, souvenir, toys, jewelry, cosmetics, furnishing, home-decor, hairdresser, fastfood,…) go to Westend City Center which is at Nyugati tér metro station on the M3 metro line. From Katona Apartments take metro line M3 from Ferenciek tere, it is the 3rd stop in the direction Újpest-Központ.

Head north from the building of the Parliament and look for the street Falk Miksa. This charming street is full with antique shops and you’re sure to find what you are looking for be it a china figurine, a cuckoo clock or vinyl records with Hungarian hits from the 70’s.

Also, there are many flee markets your can visit which tend to pop up occasionally at the local markets.

In Gozsdu Udvar on a Sunday Morning, Photo: Virag

Kill two birds with one stone in this book store. After picking books you can pamper yourselves with a coffee and a cake in a former ballroom with a luxurious interiour. Alexandra Book Café (1st floor, 39, Andrássy út) is located almost at the Opera house on the other side of the road.

For used books check the antiquariats, between Kálvin tér and Astoria on Múzeum körút, there are at least ten of them located next to each other.

Many Hungarian novels and children books have English translations. Some of my favourite writers are:

Jókai Mór – 19th century novelist in the boarder of realism and romanticism. The most striking feature of his art are the quirky, unexpected surprises that he weaves into his fascinating tales. Three of his pieces were voted among the best Hungarian novels at the Hungarian version of Big Read. The Heartless Man’s Sons, The Man with the Golden Touch, A Hungarian Nabob)

Szabó Magda – 20th century female novelist. She also wrote dramas, essays, studies, memoirs and poetry. Her novel, Abigél was chosen as the sixth most popular novel at the Hungarian version of Big Read.

Her three other novels which were in the top 100 are Für Elise, An Old-fashioned Story and The Door. 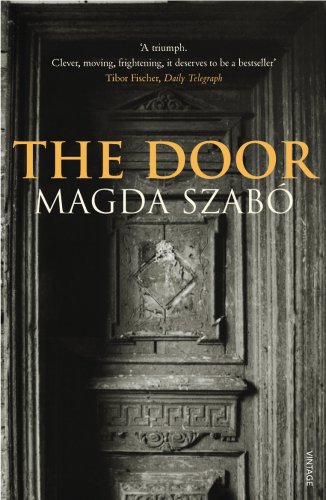 For Hungarian children book writers I suggest Janikovszky Éva and Bartos Erika. The former one was my favourite writer in my childhood, and the latter one is the favourite of my 3 year old daughter.

For those interested in up-to- date design and fashion stores in Budapest, here is a list that my designer friend, Daniella, suggests. She knows a lot about fashion and knows the places that are worth a visit.

1. WAMP Design Fair is held on Erzsébet square (5 minute walk heading north from Katona Apartments) from April till September once a month. It’s a special event where you can meet the designers personally, as it’s them who showcase their products (fashion, souvenir, home decor, etc.). Opening hours: 11 am – 7 pm and the entry is free.

During the colder season (October – April) the event is held indoors at Millenáris. Take metro M2 from Astoria or Deák tér (in the direction of Déli pályaudvar) and stop at Széll Kálmán tér. Address: Kis Rókus u. 16-20.

2. Printa (Rumbach Sebestyén utca 10 – five blocks away from the apartments) what you will find here is characteristic graphic design, up cycling fashion and objects, accessories and great souvenirs.

3. Rododendron (Semmelweis utca 19 – two blocks away from the apartments) it offers products of young local designers and holds small exhibitions. 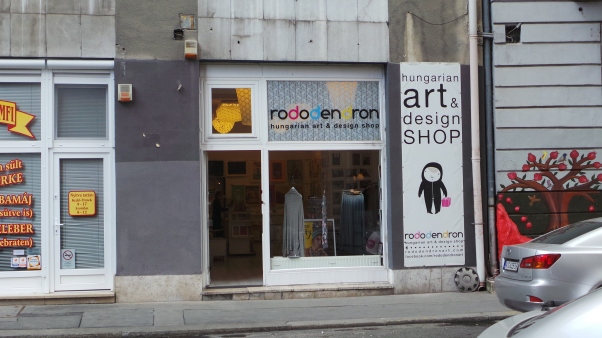 Outdoor festivals are held almost each weekend from spring till autumn with diverse themes, like gourmet food, wine, rosé and sparkling wine, pálinka (special Hungarian fruit spirit) and beer, including one that promotes small Hungarian breweries.

The magical atmosphere of the Budapest Christmas market is a truly unforgettable experience. It is held on Vörösmarty square and the surrounding streets each year from the end of November till the end of December. The aroma of special culinary delights will surely whet your appetite. Enjoy the holiday mood and keep yourself warm while lingering among the festively decorated wooden market stands. 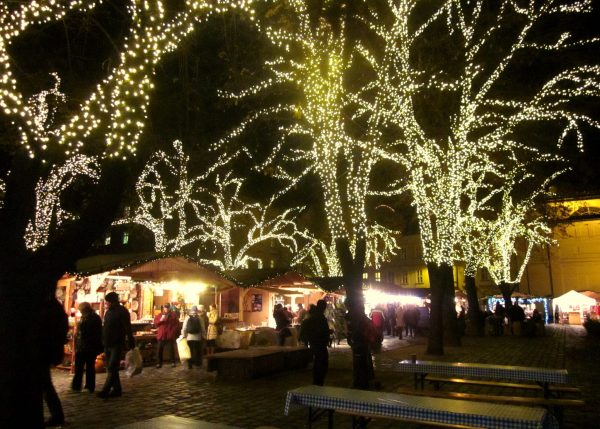 In most shops you can pay with a card. Visa, Maestro, AMEX and Diners Club are widespread.

Hungarian Forint is accepted everywhere. In bigger shops they accept EUR cash as well but the exchange rate is not too favourable.

In the fairs they usually accept just cash or they may require you to use their rechargeable festival cards. It’s easy to use them; you just have to pay a deposit, put money on your card and then use it to pay for things.

Please contact us for further information. We will be glad to help:
http://www.katonaapartments.hu

Money Exchange and Budget in Budapest

Which Bath to Choose in Budapest?

What to Order in Restaurants in Budapest

About the authors: Virág and János

Virág, a native of Budapest, and János, who’s been living in the city since 1997 are real fans of the capital of Hungary and try to awake the enthusiasm of others. They are dedicated to helping tourists to make most out of their stay.

Here you can read more about them: http://katonaapartments.hu/

One thought on “Shopping in Budapest”